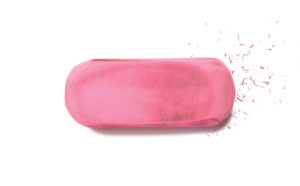 No, this article is not a check on the progress of your New Year’s resolution. It’s a reminder that our writing, too, can get a little…paunchy. English lends itself to wordiness. And as word lovers, we are often tempted to trot out our favorite vocabulary and loath to let any of it go. But when it comes to writing – as with so many things – a little dab will do. Or, as I tell my students, readers will thank you for lean, clean writing. No one wants to slog through entangling vines, no matter how pretty. Here are some common offenders.

These are the simple constructions – there is, there are, it is – that push the subject further down in the sentence. Sometimes we want this for effect; most often, these expressions spill unconsciously onto the page. So, rather than write the previous sentence as There are some times when we want this for effect…, I began with Sometimes.

Microsoft Word has a handy option called Find (in most versions, it’s on the far right of the Home tab). When you enter “and” into the search bar, it will highlight every occurrence of the word in your manuscript, allowing you to search for unnecessary pairings of words. Long ago, English speakers began adding foreign words to their speech. They thought it elevated the language; unfortunately, it rarely added meaning. Some common examples linger on; for example, first and foremost. The Oxford English Dictionary refers to this as a “strengthened phrase.” That’s fine for the 16th century, but to modern readers, it is simply redundant. Each and every is another. If you are to pick each strawberry, you must pick every strawberry. True and accurate has a similar problem: Can something be true but not accurate?

Another doubling of ideas often comes with unnecessary adjectives. Have you ever had an impersonal opinion? When it’s the court’s opinion, say that; when it’s an individual’s, it’s simply an opinion. Ever plan for the past? Of course not: All plans are future plans. Heard any true facts? Advance warning, free gifts, general public – the list goes on. Adjectives may also state the obvious. We expect green grass and blue sky, so no need to state color unless the grass is citrine and the sky indigo. Superfluous adverbs are also problematic. Consider carefully scrutinize, identically alike, and originally created. Despite what our elementary school teachers insisted, packing in lots of adjectives and adverbs is more likely to create cluttered writing than descriptive language. Strong verbs and nouns usually do a better job.

Two categories of adverbs and adjectives require special attention. Joseph M. Williams and Joseph Bizup call them “hedges” and “intensifiers” in their book, Style. Hedges, aka qualifiers, are words and expressions that water down (I almost wrote tend to water down, but that would be a hedge) your message. Usually, possibly, and perhaps are examples of these adverbs. Adjective examples include most and many; verbs include could and might. Obviously, these are sometimes needed to help us avoid overstatement. But often they are little more than verbal tics signaling a reluctance to make a stand. No one is “sort of” pregnant. Say what you mean without hiding behind these modifiers.

Like hedges, intensifiers do the job their name suggests. Without them, I couldn’t have written Obviously above. Like hedges, they come not only as adverbs (very, of course, and – my candidate for the most abused word of the year – actually) but also adjectives (basic, major) and verbs (prove, show). When you’re full, adding completely doesn’t make you more full. I find I write very all through my manuscripts; before publishing, I edit nearly every one out. It’s essential to discover your own “tics” as a writer – and then use Find to ferret them out.

Stephen Foster struck a chord with “In the merry, merry month of May” in 1862, but today it sounds flat. If you can’t come up with something fresh, at least be lean. You may have noticed how familiar many of the above phrases seem, as if they could be plucked from the air and plunked into your masterpiece. They feel right and true to your ear. Resist. Readymade phrases are usually both clichéd and wordy. In light of and due to the fact that can both be replaced by because. In the event that is better replaced by if. Don’t waste your readers’ time with four words when one will do.

Give readers credit for understanding. They like to participate in constructing meaning; when we rob them of the opportunity, we insult their intelligence. For example, in a previous piece I wrote for The Writer (“Through the Looking Glass” from the April 2017 issue), I dropped the ending of my original first-draft phrase, “sometimes that tongue is so deep in the cheek sleuthing is required,” to make it “…sometimes that tongue is parked deep in the cheek.” I realized readers would understand from the context that I’m advising them to examine sources for credibility.

Similarly, I dropped “in their fields” from the end of “these articles have been examined by experts,” because where else could they be experts? Next, I cut the passive voice to tighten it further: “experts examine these articles…” made for much tighter writing.

Then I caught myself stating the obvious in the phrase “What scientists believe is true today…,” when I realized I could simply say “What scientists believe today.” It’s just as unnecessary to call June a month or blue a color. Paradoxically, even though the problem is stating the obvious, the need to revise such passages may not be obvious – we’ve become so accustomed to hearing redundancies that it’s hard to identify them in our own work.

Another word on wordy phrases

Having to adhere to a strict word count is helpful as it forces you to question each word and phrase. (So, by the way, does writing poetry; I recommend it as an exercise even if it isn’t your preferred genre.) Cutting excess may allow for more ideas. Even when you don’t have a word limit, challenge yourself to cut 300 words from a manuscript of 1,000 without losing content. Make it a rule to substitute a word for a phrase – and be sure that word is necessary. In “Through the Looking Glass,” I changed “You and I see the same movie” to “We see the same movie.” I cut the sentence “We may choose not to believe it all we wish; we might even start a movement arguing that Dodgson’s pseudonym was Louis XIV” in two places. First, I dropped all we wish because it is empty and clichéd. Second, I used the substitution rule to replace start a movement arguing with campaign. The result: “We may choose not to believe it; we might even campaign that Dodgson’s pseudonym was Louis XIV.” Stronger, yes?

Targeting and removing excess is an essential revision activity – but worrying about it as you compose can choke the flow of thoughts. Because we are used to speaking, seeing, and writing excess, it usually takes multiple passes to notice and cut the fat in a manuscript. These passes are best done over several days, so each scan feels fresh. If you can set the manuscript aside for a month, all the better. You will naturally become sensitized to some of these problems over time and commit fewer of them. But every manuscript needs careful combing. Ask any editor. 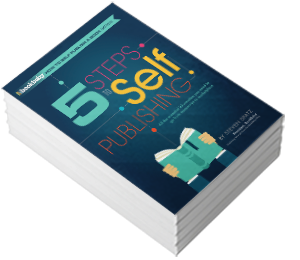 Get Your Free Self Publishing Guide

The essential information you need to go from manuscript to marketplace

And get special offers and more from MasterWriter...

Your information will never be shared or sold to a third party.